Dance Works Academy is a dance community that provides a wholesome dance education to allow students of all ages to explore movement in a creative and nurturing learning environment.  Qualified dance instruction will be taught through discipline, acceptance and positive motivation which will allow the student to create a positive self-image. It is our belief that every child can grow and gain the skills as a dancer through self respect. 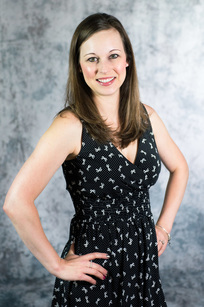 Lauren Kaye Sylvia, Owner and Director of Dance Works Academy, is a Performer, Educator and Choreographer of Dance and Gymnastics.  She is trained in various forms of dance and has shared her talents in the states of Massachusetts, Ohio and Vermont.  She has studied with Maurice Hines, Gregory Russell, Jay Jenkins, Derek K Grant among others, and has toured extensively as a performer and Master Teacher.  Her training was received at the University of Massachusetts  in Amherst as well as Dean College, where she holds a Bachelors Degree in Dance.  She is also an I.D.E.A. Member promoting all that is good in dance education.  This includes, age appropriate costumes, movements and music selections.  She is also a professional for Dancing with the Star Burlington and has graced the Flynn stage with her performance in 2019.

Rose J.Bedard is a is a dancer, choreographer, and coach who is well-known for her work with teaching artistry, confidence and expression through dance. She has danced in several Vermont based companies and stays current with taking master classes from the industry’s top choreographers while attending annual accredited workshops and conferences.

Rose has just completed her first year at the Flynn Performing Arts Center where she teaches hip hop and jazz. Rose is the tenth year coach of the Mt. Mansfield Union dance team who recently won their third year in a row, jazz and hip hop championships in the Vermont Northern Athletic Conference and also collected their 4th state championship title in hip hop and first Jazz state championship this past February. Her team also went on to place 3rd in hip hop at the New England level. She was recently named head dance team coach for the Vermont Bucks Football organization.

Throughout her career Rose has always been known for instilling self-esteem and passion through dance. She relates best to these two quotes:

" I believe that I was born to dance, but I was created to make a difference in people's lives."

​" There is always somebody who may be seeing me for the first or the last time, I owe them my best." - Joe DiMaggio 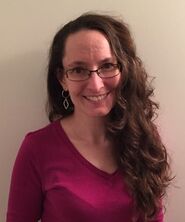 Athena Parke started dancing at 3 years old at La Petite Ballet in Chicago, IL.  At age 10 she moved and continued her training at the Academy of Movement and Music in Oak Park, IL under the direction of Stephanie Clemens.  There she studied Ballet, Pointe, Jazz, Contemporary, Graham Technique, Humphrey Technique and Improvisation.  Athena was also given the opportunity to perform many historical works through the studio's company MOMENTA.  Other training includes, Summer Intensives at Peridance Capezio Center and Lou Conte Studio.  Athena has also worked with various choreographers in the Chicagoland area including Randy Duncan, Benjamin Wardell, Winifred Haun and Nick Pupillo.  In 2012, Athena began coaching gymnastics and dance at Tri-Star Gymnastics Center in Forrest Park, IL.  In 2015, Athena began teaching yoga and moved to Melbourne, Australia to teach and live abroad for a year and a half.  In early 2017, Athena moved to Vermont to study Wellness and Alternative Medicine and Psychology at Johnson State College.  At Dance Works Academy, Miss Athena currently teaches Wee Bop, Bop and Hop, Ballet. Jazz/Lyrical, Gymnastics and Toddler Tumble.

Justin Gardner is a recent graduate from Castleton University. There he studied theatre arts and dance. Justin has trained in ballet, hip hop, musical theatre, jazz/contemporary, and choreography. He has choreographed for Rutland Youth Theatre (Seussical Jr. and Shrek). At school he choreographed Green Day's American Idiot the musical. Justin participated in Vermont Dancefest April 2016.

Kristen Thompson’s love for dance started at the young age of 4.  She studied Ballet, Tap, Jazz, Lyrical, Modern and Pointe at Fairport Dance Academy until 2001.  Kristen studied Interior Design at The New England Institute of Technology in Warwick, RI.

She has been a performer at Walt Disney World where she actively participated in shows, parades and as characters such as Alice in Wonderland and Wendy from Peter Pan.  She has also worked as a Magician's assistant for Dale Scott as well as Drew Thomas and has even performed on Disney Cruise Lines.  Getting sawed in half was just a normal day on the job.   Kristen has travelled and performed in shows all over the country as well as Canada.   When Kristen isn't doing Magic she enjoys bartending and babysitting.

Kristen has been educating children in dance through the years as well as performing.  She has taught for Fairport Dance Academy in Ohio and Studio "C" in Taunton, Massachusetts.

Kristen moved to Vermont in September of 2017 and started working at Dance Works Academy,  her younger sisters dance studio.  She loves working at the studio and being a part of the DWA dance family.  Currently, she resides in Jeffersonville, VT with her three fur babies. 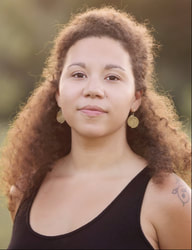 Isadora Snapp is a dancer, choreographer, and teacher based in Barre, Vermont. Growing up in the Mad River Valley, she began dancing at Contemporary Dance and Fitness Studio when she was a young child. There she studied ballet, modern, and jazz dance. After graduating, she studied dance at New York University and continued her professional development at various intensives and master classes.
Isadora began teaching in 2010 at the very same studio she was trained in. In addition to CD&FS, she has taught for several Vermont dance studios including Stowe Dance Academy and Dance Works Academy. Beyond teaching, she is happiest when creating her own work or collaborating with others.

Cat has been dancing since she was 3, and started teaching while still in college. She minored in Dance at UVM, and since then has taken over teaching their PE Hip Hop department. She continued to learn different styles as she joined different companies including Jeh Kulu and Lois Trombley’s Hip Hip company. She also has taught at local studios including the Flynn Arts Studio, the Swan Dojo, and various studios around Burlington. When not teaching, she is the Stage Manager and a dancer in the local theater company, the Spielpalast Cabaret. She believes everyone should be able to express themselves through dance in any form that they choose, and hopes to bring confidence and self love through teaching.